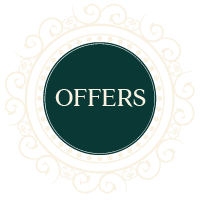 Food and Drink at The Elvetham

In 1591 the Elvetham estate played host to the Elvetham Entertainment, one of the most exciting & lavish events of Queen Elizabeth I’s reign. In just a few weeks, hundreds of men built a village of luxury accommodation for the queen’s visiting court, dug out & flooded a vast lake to provide a stage from which to entertain her, & laid on every facility for feasting & revelry.

Our Gloriana Bar is inspired by The events of The Elvetham Entertainment and Queen Elizabeth I herself. The name Gloriana originates from a 16th Century poem The Faerie Queen, written by the poet Edmund Spenser, which contains the Character Gloriana who is based on Queen Elizabeth I and depicts her defeat of the Spanish Armada in 1588. Gloriana then became a popular name given to Queen Elizabeth I.

Whether you are looking for a light lunch bite or a substantial meal without the need for a formal dinner, our Bar menu has you covered. From sandwiches and burgers to pastas and pizzas as well as some delicious apetizers and desserts.

Accompany your meal with a refreshing drink from our range of beers, wines, spirits, soft drinks and hot beverages.

Enjoy a drink with a little more sophistication with our tailor made cocktail menu.

Our hand picked selection of Cocktails, Mocktails and fine Whiskies are the perfect combination with the atmosphere of our Gloriana Bar, as well as the charm and sophistication of The Elvetham.